Defining myself and my kink

In reality, at least in the last five years or so, I've been 100% dominant. And although I occationally feel the desire to submit, to play with that side of me, most of the time it doesn't bother me.

I enjoy different things when I'm a sub versus when I'm a dom. Power, however, is a common theme. I enjoy playing with power, who's really in controll etc. Also, it's all about the sub. Always. I enjoy pleasing the sub (or get pleasure, if the sub is me). This "guilt free" pleasure is one of the best things with BDSM, in my opinion. By that, I mean that the sub doesn't get any other choice. He/she can't reciprocate, and isn't expected to. And so there is no feeling of "I should be doing X, Y and Z" or "Does she think I'm too passive now..?". No insecurity, just pleasure.

And that's probably what I miss the most, when I'm just a dom and never a sub. As a sub, I could just lean back and recieve. I knew it would be all about me. And I knew the dom would enjoy it too. But most of the time, the rush of power when I strap someone in and tell them exactly what I'm going to do to them.. That rush is so great, and it's such a great turn on, being a sub is the furthest from my mind.

I don't blog that often anymore.

I still see Tight approximately once every two weeks. He's started topping another friend of ours (Flower), and occationally I worry that he's slipping away from me. But most of the time I'm happy for him, and I trust that the fun we have with eachother is enough to keep him interested.

I see War occationally (once since the last entry). And ofcourse there's T, my husband who works kind of like glue.. He holds my life together when I feel like I'm cracking up. Don't know how I could do without him.

The NEED to blog usually only pops up when there's something new, or something difficult. Something I'm struggling with or thinking about a lot, and need to get off my chest. Writing helps me sort through my thoughts and make sense of them. So my life is in kind of a lull. Not in a particulary bad way, but still a lull. I don't have much energy to do anything about it either. Most of my energy is sucked out by work. I started working out a few months ago, but haven't worked out at all in November. This is due to the same lack of energy. Hopefully, it'll get better over the hollidays.

So, to have something to fill my blog, I will steal this idea from Unrepentant Fatty: 30 Days of Kink.
Ofcourse, there's no way in hell I'll be able to do it in 30 days. I don't blog that often. But it gives me a topic to write ABOUT, whenever I feel like blogging. And it might help you to get to know me better, which wouldn't hurt either. :P

Permitting myself to be bad

I've fooled around with War two more times. Both times spending the night. I also re-negotiated the original deal with T. Before, I had to stay "above the belt" on War, but now he's included in the standard arrangement that I use on anyone and everyone.

And so I've been exploring War's limits a bit more and trying to push him into speaking his mind and standing up for himself. He's developped a lot over the past few weeks. It's not just me getting to know him, but him getting to know himself. It's strange to be with a guy who's 15 years my senior, and still be the most experienced one by far.

Among the things I've done with him is letting him try out a blindfold (on himself and later on me), play-wrestling, throwing popcorn at him and other light teasing, plenty of manual and oral petting and teasing. Last time, I figured out how he worked enough to make him come. The first time always feels like an accomplishment, even though I've been doing these things for years.. Making a guy come (with hands or mouth) makes me feel proud and happy with myself. Like I've won, somehow. It might be a power thing, again. :P

Fooling around with him is fun. The physical contact feels good and trying to help him get over his ex and move on makes me feel good. But it's not all a dance on roses though. He's so... Nice! He's kind and empathic and careful.. And a complete push-over. Seriously, his previous relationship completely broke his sense of self-esteem. He's SO easy to manipulate, SO easy to make him do whatever I want. And that would be fine, if it didn't feel like I was kicking a defenseless kitten. There is nothing bad in him, he never speaks back or even makes me feel bad. And so I try my best to be good to him. Try to be as kind as he deserves. Because he's such a great guy. 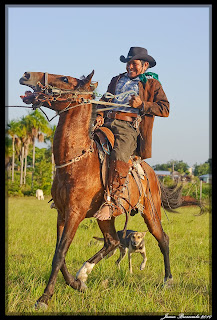 I'm not kind, though. Sometimes, sure, but not all the time.  I'm not soft, and cuddly and nice. I'm rough and hard and occationally violent. And I revel in it. Being with War feels like I'm a frisky horse that wants to gallop, but I have to be held back to a slow walk. Reighns sawing at my mouth, head reared back and I'm struggling and struggling. I know I have to take it slow, I know I have to go easy and be soft and nice. And I'm able to do that for a while. It's fine. But what I REALLY want to do is stretch my neck and run.

So this weekend is something I've really been looking forward to: Finally I got some time with Tight again. We were supposed to play last weekend, but he was exhausted from working so much overtime. I understood that he wouldn't be able to enjoy the things I'd planned, he'd be better served with going home and getting some sleep. And so I, altruistically, sent him home. Because I am good to the people I care about, be that a sub or just a friend, despite what I just said above. I can be good to them, it's just that I want to be bad too, often at the same time.

This weekend, finally I can be bad. Yesterday was probably the quickest, and most intense, session I've had in months... If ever. I'd planned it carefully, dressed in dark clothes, turned off the lights on the porch.. And when Tight was walking towards the hourse, I hid behind a car and ambushed him. I pulled a black pillow-cover over his head, and he got really spooked. I could almost hear his heart racing. By the time I got the cuffs on him, he knew it was me and had started to get exhited, but the adrenaline from the ambush was still coarsing through his veins. A few rounds of duck tape on the outside of the pillow-cover made sure his eyes were closed and he couldn't get the cover off.

I manhandled him inside, pushed him to his knees inside the door and started undressing him. He was kneeling, his hands cuffed to his back, a sack over his head, leaning his forehead on the floor, his ass in the air. I could hear his breath, quick breathing, almost moaning. It got faster and more exhited when I leant on his back and held him down. Outer clothes off, I threw him on the bed and undressed him further. Only wearing socks and the sack on his head, I removed the cuffs and duck taped his wrists together in the front. Duck tape on his ancles as well, and more on his head to keep the sack on and away from his nose and mouth so he could breathe... Then I taped his mouth shut.

And the rest of the play, which probably didn't last more than 30 minutes, was even more intense. He couldn't see me, couldn't speak, and all other senses were straining. I made sharp noises in the air around him, a clap, a snap. He startled, and moaned, more adrenaline was released by his brain. A bit scared, and very exhited. I kept him shivering, suddenly touching his tose, his shoulder, his dick. When I felt that he was close to hyperventilating or otherwise felt he needed to calm down, I placed a hand on his stommack. He knew I ment for him to breathe deeply, to take it easy.

One of the most amazing things with this session was that we didn't have to speak much. I always speek with my playthings. I check that they are ok, I ask them questions, probably more than they want me to. But last night just went SO well. It flowed. I felt I knew him, and he knew me, enough that a simple touch, a sound or a small nod, was enough. And even though he couldn't see me, he trusted me enough to see those signals. When my hand stayed on his stommack once, he gave me a small nod. Signaling that he was ok, we could go on. Such a small thing, and that kind of thing makes ALL the difference.

And that's why I pushed him further this time. I'd already warned him that I would be fucking with his mind. And I knew he'd had a recent experience with some edge play (not with me), that he'd really liked. I wouldn't have done what I did, if I didn't feel as sure as I could be that he would be ok. Still, it was scary for the both of us, and we discussed it carefully afterwards.

He felt something cold and straight and fairly heavy placed accross on his stommack. I told him it was a knife. I made sure he was lying still, talked to him carefully and made sure he wouldn't get spooked or make any sudden moves. I touched the edge of the knife to his shoulder. To his chest. To his thigh. Even to his dick. I didn't press hard, I didn't drag it accross the skin. At the end, I lay on top of him, made him hold his breath and held the knife to his throat.

And he loved it.

Ofcourse, I'm WAY too careful to spring something like knife play on someone unannounced. First of all, we haven't discussed it much. Secondly, I don't know enough about knives or what would be safe and what wouldn't to EVER use a sharp knife on someone for fun. He THOUGHT he'd been subject to knife play. And in a way he had... I'd never lied. But where he'd imagined something like this nasty thing on the right:

What I'd really used was something I wouldn't have been able to hurt him with even if I'd tried. Something that is less dangerous than a fork. A knife like this on the left. It's not sharp, it's not pointy, the only thing it has going for it is that it's hard. The fork is probably more dangerous.

But it wasn't about what I really was using, it was about what he THOUGHT I was using. Afterwards, I showed him the real knife and we talked it over. So now he knows. I'll probably not be able to pull the same stunt again, but it was worth it.

All in all, a very intense start to a very good weekend. It's been way too long since I've been able to ambush, scare and abuse someone like this. And I've been loving every second of it. It's good to be bad. :)